The History of Interior Design

In ancient India, architects used to work as interior designers. This can be seen from the references of Vishwakarma the architect – one of the Gods in Indian mythology. Additionally, the sculptures depecting ancient texts, events are seen in palaces built in 17th century India.

Throughout the 18th century and into the early 19th Century, interior decoration was the concern of the homemaker or, in well off families an upholsterer or craftsman may influence the style of the interior space. Architects would also employ craftsmen or artisans to complete interior design for their buildings. Towards the end of the 19th century interior decorating emerged as a profession in the Western world. This was due to various actions, particularly by women, to professionalise the homemaking process. Elsie De Wolfe has been credited with the creation of the interior decorating profession.[2] Having successfully re-designed her own home, De Wolfe began offering her services to other people within her social circle. As people began offering interior decoration as a service the professionalization of this service gained momentum.

This movement towards professionalization was reinforced by the publication of books on the subject. Publications include the book Suggestions for House Decoration in Painting, Woodwork and Furniture (1876) by Anges and Rhoda Garrett, Elsie De Wolfe’s The House in Good Taste (1913) and articles by Candice Wheeler such as Principles of Home Decoration with Practical Examples (1903).[3] Most of the books were published by women and clearly suggested the profession was within the women’s domain, E.g. The two-part article Interior Decoration as a Profession for Women (1895), written by Candice Wheeler.

As previously mentioned, before formal interior decorators evolved the job was the concern of craftsmen or upholsterers. This means that many ‘decorators’ at this time were dealers in the elements needed for interiors. This called into question the qualifications of the decorator and their standing as an independent advisor. This gave term interior decorator negative connotations for some, as a painter or curtain sales person can be a self-appointed decorator. Hence, the decorators favoured term Interior Designer.[1] Interior design has now developed past the point of decoration and the terms, although overlapping, are distinct.

The most prominent development of the interior design profession was after World War II. From the 1950s onwards spending on the home increased. Interior design courses were established, requiring the publication of textbooks and reference sources. Historical accounts of interior designers and firms distinct from the decorative arts specialists were made available. While organisations to regulate education, qualifications, standards and practices, etc. were established for the profession.[3]

Interior design was previously seen as playing a secondary role to architecture. It also has many connections to other design disciplines, involving the work of architects, industrial designers, engineers, builders, craftsmen, etc. For these reasons the government of interior design standards and qualifications was often incorporated into other professional organisations that involved design.[3] Organisations such as the Chartered Society of Designers, established in the UK in 1986, and the American Designers Institute, founded in 1938, were established as organisations that governed various areas of design. It was not until later that specific representation for the interior design profession was developed. The US National Society of Interior Designers was established in 1957, while in the UK the Interior Decorators and Designers Association was established in 1966. Across Europe, other organisations such as The Finnish Association of Interior Architects (1949) were being established and in 1994 the International Interior Design Association was founded.[3]

Try out a new color scheme. Select below to see an instant change! 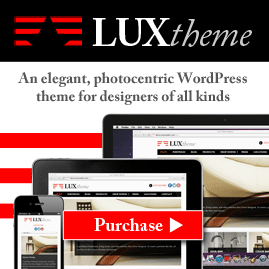